Death of a Bang-Bang Man

Don North was a war correspondent. A bang-bang man, up there with the very best of that elite breed.

He came out of Vancouver, worked at CTV, Global and CBC in Canada, and ABC, CBS and NBC in New York.

He reported from more wars and insurrections than most of us can name or remember. Vietnam, Cuba, Borneo, Cambodia, Afghanistan, El Salvador, Egypt, Israel, the Gulf, Bosnia, Kosovo and Iraq. 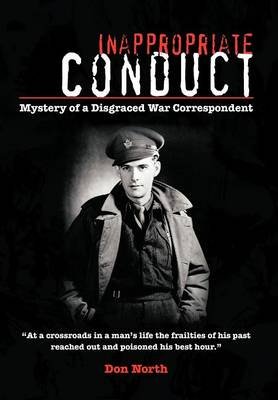 Last time I saw him he’d just come back from reporting on some war somewhere and was working on Inappropriate Conduct: Mystery of a Disgraced War Corespondent.  It’s a fine and angry book about how the Toronto Star betrayed its own correspondent, Paul Morton, back in World War ll.

As the years slipped by and wars were won and lost, most of Don’s colleagues retired gracefully to play bowls or go fishing.

He could never resist the thunder of the guns. The thunk-thunk-thunk of the ‘copters and the noisy, gritty, urgent camaraderie of soldiers and journalists joined in battle.

When news came to Fairfax, Virginia, of yet another war in yet another foreign field, the old warhorse would casually mention to his lovely wife Deanna that he was thinking he might take his camera, drop over there. Just for a look. Maybe file a story or two back to the networks.

Don’t worry, he’d tell her, I’m too old for all that battle shit. So I’ll just hang around some safe hotel and work on backgrounders and forecasters. Nothing too risky. Nothing too dangerous.

Don was lying, of course.

Don, and war correspondents like Don, always want just one more battle. To go back where they belong. With all the other men and women who go to war, not to fight, but to report and risk their lives and hang out in hotel bars and swap stories of past triumphs and disasters and smell napalm In the morning.

And toast their many, many colleagues who died in the line of duty. Roughly one every week of the year for the last decade.

The lovely Deanna would know Don was lying about staying safe and smile sadly and remind him that he’d promised that the war he’s just returned from would be his last.

Because she knew that Don— whatever else he was doing, however old he got — was always at heart a war correspondent.

And war correspondents, both by nature and choice, answer the call of the bang-bang because they must, because they have no choice.

If there’s a heaven for journalists, I know Don will be there at the bar of an evening and they’ll argue about wars and other things that matter and order another round and toast their comrades gone and those still working the honourable craft back on earth and remind them to get it first, but first get it right.

Don North died in bed at 80. He was a gentleman, a fine and decent man of considerable integrity.

And a first class bang-bang man.

Don and I worked together at ABC News in New York, later at CBC News in Montreal.