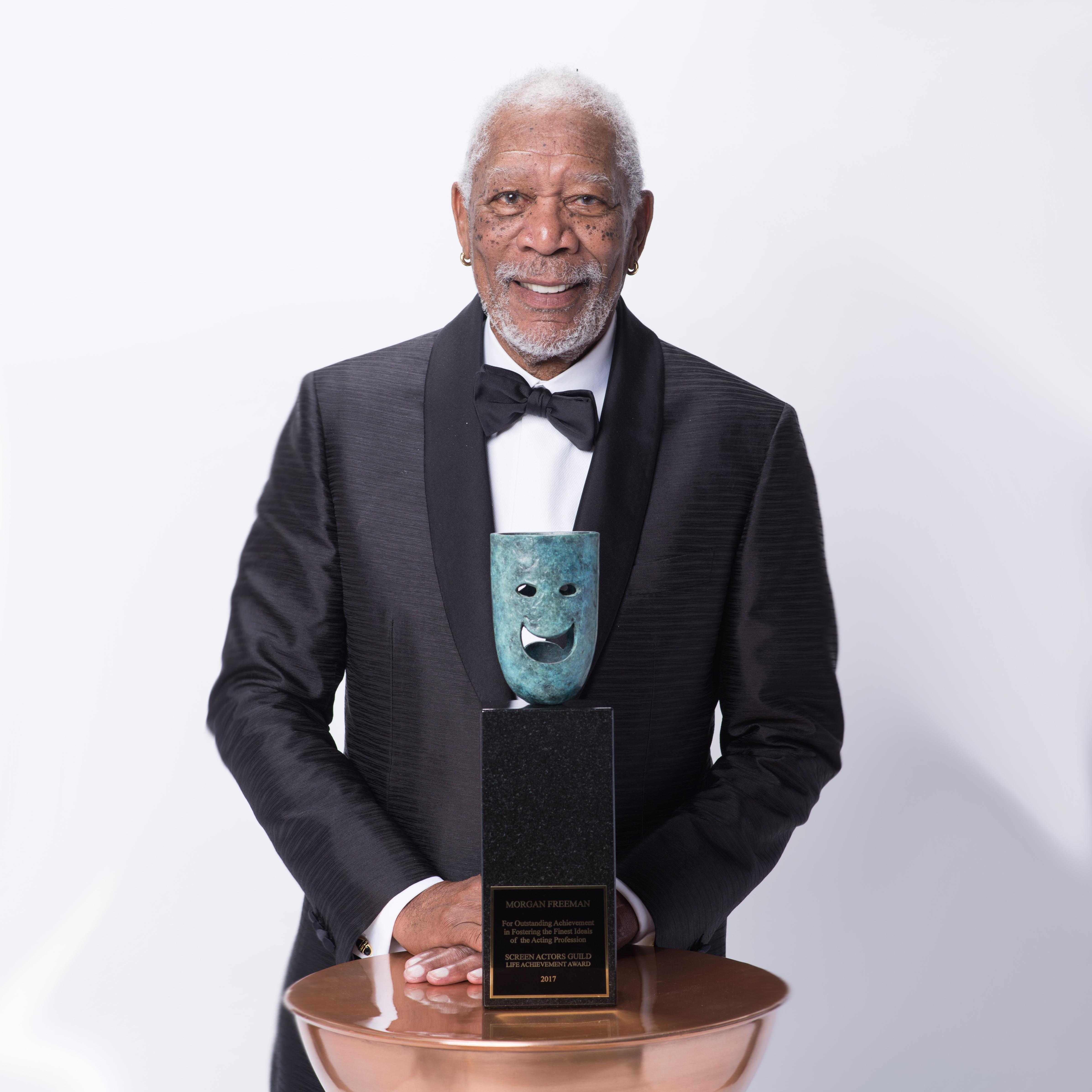 My old friend Morgan Freeman has just won the American Screen Actor’s Guild (SAG) Life Achievement award for his work in movies and — even more impressive — his humanitarian accomplishments.

The prestigious award is given annually to an actor who fosters the “finest ideals of the acting profession.”

Learning how to be still, to really be still and let life happen — that stillness becomes a radiance.

The announcement said: “He is innovative, fearless and completely unbound by expectations … It has been a privilege to see his genius at work.” That genius includes starring as chauffeur, general, murderer, cowboy, pimp, president, judge and God (twice), along with dozens of other roles.

Back in the early seventies, Morgan and I were neighbours on New York City’s upper West side. At the time, I was a TV news producer for PBS while Morgan played Easy Reader on the Children’s Television Workshop’s Electric Company (a role he hated.)

While he waited for his movies, we started writing a novel together. It was about a new race of humans — just like our own children — whose DNA had been forever altered by nuclear explosions and radiation. We called the new race mutants.

Inevitably, Morgan’s own philosophy, integrity and optimism defined the mutants: “They saw clearly the evils of such poisons as racism, colonialism and capitalism while understanding the lack of contradiction between the practiced political systems of both capitalism and socialism.”

He wrote that the mutants advocated “a system in which all people serve joyously as they seek the greater good of humanity through communal decisions reached between equals; a system wherein each person is both an island and part of the whole and where happiness is more important than success and service more valued than power.”

Morgan owned a sailboat. In the spring we spent long hours together, scraping barnacles off its hull, getting it ready it for the waters of Long Island Sound.

He was happiest when sailing. He wrote about our book’s hero and his sailboat: “He loved every inch of her. Every bolt and cotter pin. As she cut her way through the sea, the sun sparkled on the deep blue water and the air grew pleasantly warm. Now and then a wave rose up and slapped the sloop on her transom as if in appreciation of her fine figure and she hurried on her way with an appreciative dip of her bow as the wave slid under her.

“He felt a keen sense of oneness with the boat. Sometimes, lying in the cockpit or inside the cabin on a lee bunk he could feel her nosing through the sea, feel the wind tug and pull at the sail as if the mast were struck in his own back. Feel the push and swell of the sea as she held them gently to her.”

He once told me that when he died he wanted a viking’s funeral — laid out on the deck of his flaming sailboat, sailing off into the sunset.

To me, Morgan has always exemplified the moral centre, both on screen and in real life. In 2001, for instance, I was in South Africa training South African Broadcasting Corporation (SABC) journalists for the CBC and was invited to former president Nelson Mandela’s eighty-third birthday party.

Madiba and I talked briefly. I mentioned that I’d heard my old friend Morgan Freeman was being considered to play him in a movie. We agreed that Morgan was a fine actor, a man of considerable stature and respect and perhaps the only actor who could play Madiba.

I remember sitting in a Toronto movie theatre watching Invictus. There on the screen was my friend merging with the man I most admired in all the world, the man whose integrity and courage saved South Africa from fascism.

In our book, Morgan philosophised about life and death: “Once, there was no death … how can the plant-scum on top of the water die? It splits in two … and four … and eight. It has no oneness. It is eaten and merely changes form. It splits forever. It is food and it is life … but it cannot die, even though it is alive.

“Then, long ago, something happened … a great noise and a great explosion. Then another and another until the seas boiled and fire tore off from the land and disappeared into the sky and never came back.

“This we know … we understand, so we know. It happened. Because of it, there was death and change and the scum changed so that it could die as well as live. And it could move and grow … and die. That was the price worth paying.”

We never finished the book. Life intervened. Morgan won a role in his first movie, Who Says I Can’t Ride a Rainbow!  To escape American wars and racism, I took my family off to Canada.

Morgan went on to play in some 84 films. He won the Golden Globe Award for Best Actor in the film Driving Miss Daisy, an Oscar for best Supporting Actor in Million Dollar Baby, and five Oscar nominations (including Best Actor for Invictus) along with numerous movie and humanitarian awards.

He’s come a very long way from playing Easy Reader to number four on Business Insider’s list of top U.S. box-office grosses of all time. His movies have earned a staggering $4,521-billion.

Maybe his is. How to judge?

But I can tell you when I sat weeping in that movie theatre in Toronto watching Invictus, I knew Morgan wasn’t just acting — he was tuning into his own and Madiba’s better angels and offering us a glimpse inside the souls of each of them.

Tim Knight is an Emmy and Sigma Delta Chi-winning filmmaker, writer and broadcast journalism trainer. He’s author of the book Storytelling and the Anima Factor, now in its second edition, and lives in Cape Town.